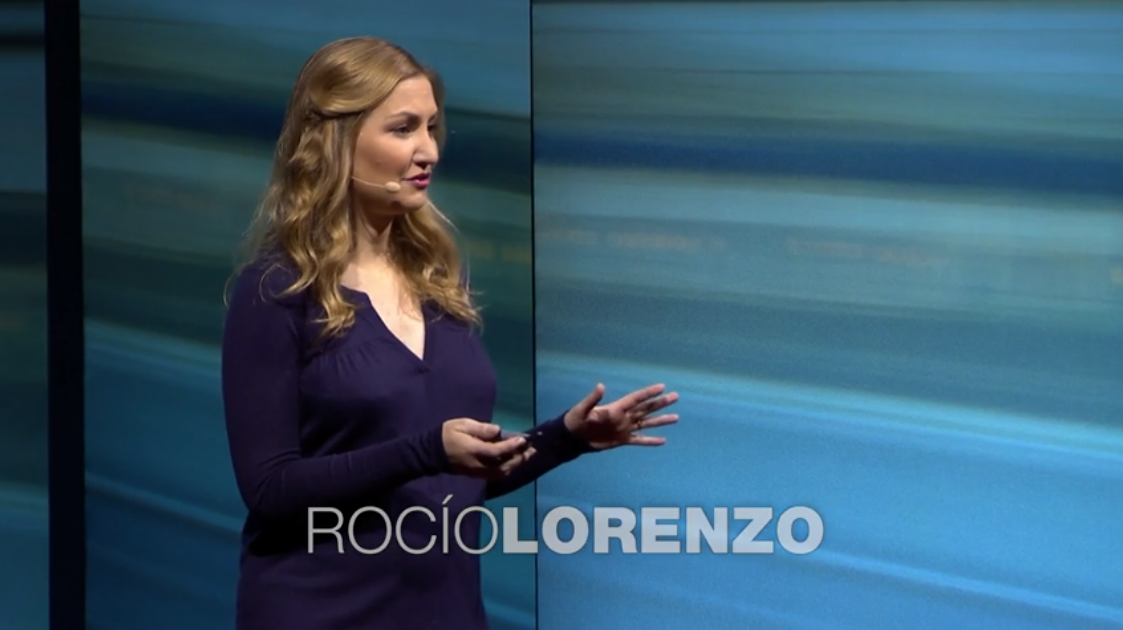 Are diverse companies really more innovative? Rocío Lorenzo and her team surveyed 171 companies to find out – and the answer was a clear yes. In a talk that will help you build a better, more robust company, Lorenzo dives into the data and explains how your company can start producing fresher, more creative ideas by treating diversity as a competitive advantage.

Fifteen years ago, I thought that the diversity stuff was not something I had to worry about. It was something an older generation had to fight for. In my university, we were 50-50, male-female, and we women often had better grades. So while not everything was perfect, diversity and leadership decisions was something that would happen naturally over time, right? Click on the link to watch the video here.

Well, not quite. While moving up the ladder working as a management consultant across Europe and the US, I started to realize how often I was the only woman in the room and how homogenous leadership still is. Many leaders I met saw diversity as something to comply with out of political correctness, or, best case, the right thing to do, but not as a business priority. They just did not have a reason to believe that diversity would help them achieve their most immediate, pressing goals: hitting the numbers, delivering the new product, the real goals they are measured by.

My personal experience working with diverse teams had been that while they require a little bit more effort at the beginning, they did bring fresher, more creative ideas. So I wanted to know: Are diverse organizations really more innovative, and can diversity be more than something to comply with? Can it be a real competitive advantage?

So to find out, we set up a study with the Technical University of Munich. We surveyed 171 companies in Germany, Austria and Switzerland, and as we speak, we’re expanding the study to 1,600 companies in five additional countries around the world. We asked those companies basically two things: how innovative they are and how diverse they are.

To measure the first one, we asked them about innovation revenue. Innovation revenue is the share of revenues they’ve made from new products and services in the last three years, meaning we did not ask them how many creative ideas they have, but rather if these ideas translate into products and services that really make the company more successful today and tomorrow. To measure diversity, we looked at six different factors: country of origin, age and gender, amongst others.

While preparing to go in the field with those questions, I sat down with my team and we discussed what we would expect as a result. To put it mildly, we were not optimistic. The most sceptical person on the team thought, or saw a real possibility, that we would find nothing at all. Most of the team was rather on the cautious side, so we landed all together at “only if, “meaning that we might find some kind of link between innovation and diversity, but not across the board -rather only if certain criteria are met, for example leadership style, very open leadership style that allowed people to speak up freely and safely and contribute.

A couple of months later, the data came in, and the results convinced the most sceptical amongst us. The answer was a clear yes, no ifs, no buts. The data in our sample showed that more diverse companies are simply more innovative, period.

Now, once we published the results, we were surprised about the reactions in the media. We got quite some attention. And it went from quite factual, like “Higher Female Share Boosts Innovation” to a little bit more sensationalist.

As you can see, “Stay-at-home Women Cost Trillions, “and, my personal favourite, “Housewives Kill Innovation. “Well, there’s no such thing as bad publicity, right?

On the back of that coverage, we started to get calls from senior executives wanting to understand more, especially – surprise, surprise – about gender diversity. I tend to open up those discussions by asking, “Well, what do you think of the situation in your organization today? “And a frequent reaction to that is, “Well, we’re not yet there, but we’re not that bad. “One executive told me, for example, “Oh, we’re not that bad. We have one member in our board who is a woman.”

Now, you laugh, but he had a point in being proud about it, because in Germany, if you have a company and it has one member on the board who is a woman, you are part of a select group of 30 out of the 100 largest publicly listed companies. The other 70 companies have an all-male board, and not even one of these hundred largest publicly listed companies have, as of today, a female CEO. But here’s the critically important insight. Those few female board members alone, they won’t make a difference. Our data shows that for gender diversity to have an impact on innovation, you need to have more than 20 percent women in leadership. Let’s have a look at the numbers. As you can see, we divided the sample into three groups, and the results are quite dramatic. Only in the group where you have more than 20 percent women in leadership, only then you see a clear jump in innovation revenue to above-average levels. So experience and data shows that you do need critical mass to move the needle, and companies like Alibaba, JP Morgan or Apple have as of today already achieved that threshold.

Another reaction I got quite a lot was, “Well, it will get solved over time. And I have all the sympathy in the world for that point of view, because I used to think like that, too. Now, let’s have a look here again and look at the numbers, taking Germany as an example. Let me first give you the good news. So the share of women who are college graduates and have at least 10 years of professional experience has grown nicely over the last 20 years, which means the pool in which to fish for female leaders has increased over time, and that’s great. Now, according to my old theory, the share of women in leadership would have grown more or less in parallel, right? Now, let’s have a look at what happened in reality. It’s not even close, which means I was so wrong and which means that my generation, your generation, the best-educated female generation in history, we have just not made it. We have failed to achieve leadership in significant numbers. Education just did not translate into leadership.

Now, that was a painful realization for me and made me realize, if we want to change this, we need to engage, and we need to do better. Now, what to do? Achieving more than 20 percent women in leadership seems like a daunting task to many, understandably, given the track record. But it’s doable, and there are many companies today that are making progress there and doing it successfully. Let’s take SAP, the software company, as an example. They had, in 2011, 19 percent women in leadership, yet they decided to do better, and they did what you do in any other area of business where you want to improve. They set themselves a measurable target. So they set themselves a target of 25 percent for 2017, which they have just achieved. The goals made them think more creatively about developing leaders and tapping new recruiting pools. They now even set a target of 30 percent women in leadership for 2022.

So experience shows it’s doable, and at the end of the day, it all boils down to two decisions that are taken every day in every organization by many of us: who to hire and who to develop and promote. Now, nothing against women’s programs, networks, mentoring, trainings. All is good. But it is these two decisions that at the end of the day send the most powerful change signal in any organization.

Now, I never set out to be a diversity advocate. I am a business advisor. But now my goal is to change the face of leadership, to make it more diverse – and not so that leaders can check a box and feel like they have complied with something or they have been politically correct. But because they understand, they understand that diversity is making their organization more innovative, better. And by embracing diversity, by embracing diverse talent, we are providing true opportunity for everyone.

BCG, 2017 “Getting the Most from Your Diversity Dollars”
Jennifer Garcia-Alonso, Matt Krentz, Frances Brooks Taplett, Claire Tracey, and Miki Tsusaka

BCG, 2017 She-Suite Series
BCG and Women in the World