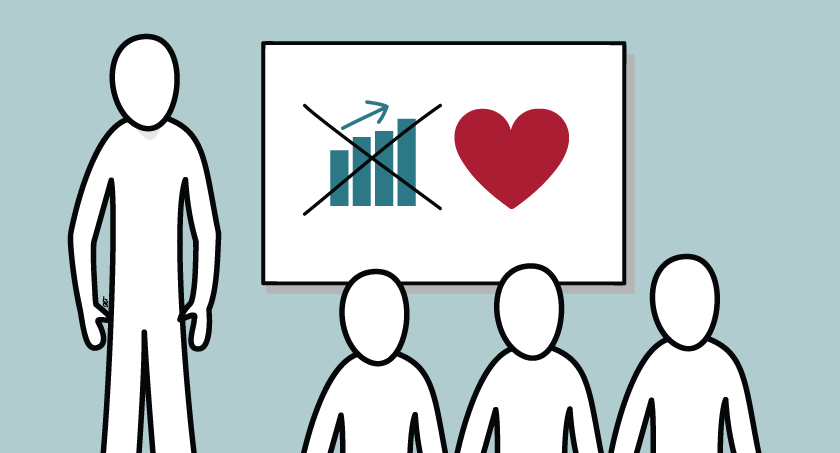 The capitalists putting purpose ahead of profit

For decades, business has been all about maximising profits and keeping owners happy. Now, thousands of companies and organisations are experimenting with broader values – purpose over profit, staff and communities ahead of shareholders – in order to meet the mood of the times.

Driving this shift in consciousness is a phalanx of upstart, sustainable businesses. They cluster under different groupings – Conscious Capitalism, B Corp, The B Team, Just Capital – but all share the same central objective: to reshape capitalism for an environmentally endangered age.

The best of these boast laudable motivations. In the past, if you wanted to change the world, you went into politics or joined a campaign group. Given the shift of power and resources to the private sector over recent decades, the smart money is increasingly on business to deliver solutions.

Not business as usual, that is. Plastering products with eco labels or providing perks to employees will make not a jot of difference if, behind the scenes, companies are still happily burning fossil fuels and browbeating suppliers.

“If businesses really want to be part of this movement for change, then great. But that change has to be radical and transformational. If not, it’s empty words and spin,” says Katie Hill, a spokesperson for the ethical certification body B Corp, which now counts over 3,100 registered members in over 70 countries.

What is a B Corp?

Companies that are certified as B Corporations are a new kind of business that balances purpose and profit. They must prove their sustainability credentials and demonstrate responsible attitudes towards workers, suppliers, local communities and the environment.

In short, they seek to create value for all ‘stakeholders’, not just the shareholders than own them.

How many are there?
The BCorporation.net site says there are more than 3,000 such companies in 71 countries. The first were certified in 2007.

Name some names
Ben & Jerry’s, Patagonia, The Body Shop and Danone (North America) are well known examples of B Corps. Guardian Media Group, the Guardian’s parent company, recently announced that it had been certified.

For a flavour of the change making businesses, she points to B Corps’ latest Best for the World list. The selection includes a US bank that specialises in financing community-based enterprises, a locally owned windfarm in Australia and a zero-waste Argentinian restaurant chain. (Guardian Media Group, which owns the Guardian and the Observer, recently announced that it too had been certified as a B corp).

To date, founder-led businesses, cooperatives and employee-owned firms have tended to dominate such listings. Most are small, which makes sense. The larger the organisation, the harder it is to keep its mission clear and its values consistent.

Small may be beautiful in ethical terms, but it’s not ideal for effecting large-scale change. If endemic poverty is ever to be reversed or global heating resolved, then big business also needs to embrace this more inclusive approach to business.

There are signs of that happening. Natura, the huge Brazilian cosmetic brand, and its subsidiary The Body Shop, for example, now feature among a growing roster of multinational B Corps.

The purpose-led business agenda received a shot in the arm this summer when the Business Roundtable, a grouping of some 200 top US companies like Amazon, Apple and GM, committed to “lead their companies for the benefit of all stakeholders”.

Even the financial markets are beginning to prick up their ears. Take the rapid rise of the sustainable debt market, which has now passed the $1tn mark. Only last month, beverage giant PepsiCo issued a $1bn “green” bond to fund environmental programmes – a move unthinkable just a few year ago.

“If the old economy makes a change, then that’s how you change the world,” said Dutch sustainable business expert Roeland Dikker Hupkes.

Of course, the buy-in of big business comes with risks. Greenwashing is perhaps the most obvious, but some practices are more subtle. After the Fairtrade organic chocolate brand Green & Black’s was taken over by food giant Kraft, for example, it started to produce confectionery that was neither organic nor Fairtrade-certified.

Corporations are aware of a growing clamour, from consumers, employees, regulators, and even some investors, for business to demonstrate a social purpose beyond profit making.

What is the Upside?

But can leopards change their spots? Most of the front runners in the “purpose economy” were set up to solve a specific social or environmental problem. Only then did they go about putting together a business to deliver it – not vice versa. In that sense, it’s a question few of them have had to ask.

Take Fairphone. Located in Amsterdam, this hyper-ethical phone manufacturer insists on only using metals and other materials that are sustainably sourced and can be traced back to their origin. It’s a commitment that grew out of the firm’s origins as a campaign group against abuses in the telecoms supply chain.

“Back then, we decided that we were not really creating any alternatives, so instead we should become part of the industry ourselves,” explains Eva Gouwens, the chief executive of the maverick phone brand.

Yet retrofitting a traditional profit-maximising company is a different story altogether. The Belgian materials firm Umicore offers a very rare example of success. Once a dirty, old-school smelting firm, it has reinvented itself over the last decade or so into a pioneering recycler of waste metals.

With ever lower margins in the smelting business, Umicore’s motivation was as much economic as it was environmental. The same cold logic enjoys growing traction in other old-school industries, from energy firms facing peak oil to car makers confronting ever stricter eco standards.

Also pushing companies to transform is a growing awareness among individual business leaders about the destructive route down which shareholder capitalism has pushed the planet.

As Douglas Lamont, head of the UK beverage brand Innocent Drinks (now part of Coca-Cola), recently told a roomful of fellow executives at B Corps’ annual European summit: “We are the first generation of leaders who cannot say we didn’t know [about the climate emergency] … and we are also the last generation who can do anything about it.”

The growing demand for a fairer, more caring form of capitalism has also given rise to a related phenomenon: the emergence of the purpose-driven consultant.

Over recent years, a cottage industry of advisory firms has sprung up, all promising to help companies on this “journey” (a favourite phrase) towards a more purposeful, less profit-centric model of business.

In the spirit of business-as-unusual, their approach is refreshingly unorthodox. “Bold”, “heartfelt” and “emotionally involved” are among the defining characteristics that sustainability expert Ed Gillespie associates with this new breed of consultant.

To get the ball rolling, for example, conventional companies may well need a dose of shock therapy, according to Gillespie, who styles himself as an “insultant”: “Sometimes this will involve making clients feel very uncomfortable and might even lead to losing pitches, which most consultants are too chicken to do.”

Another hallmark of these challenger consultants is their focus on the motivations and mindsets of individual decision makers. Alter how executives think and changes in business strategy and values will follow, the logic goes.

David Rosenberg is one such proponent of this more personal approach. An associate at the advisory firm Better Future (also a certified B Corp), he is involved in taking corporate executives on “learning journeys” to overseas locations that lie “outside their comfort zone”. Past examples include home stays for cocoa-sector execs with smallholder farmers in Africa, and for bankers with their micro finance customers.

“You confront them with challenges rooted in observable realities, [which] gives them fresh perspectives on their impacts in the world and presents opportunities for positive change,” says Rosenberg.

For now, the companies and consultants pushing to reset capitalism occupy the fringes of the business mainstream. This is not surprising: attachments to shareholder capitalism and the pursuit for profit run deep. But change is in the air. And it’s this cohort of dissenters and disruptors who are pointing the way.

This article is part of a series on possible solutions to some of the world’s most stubborn problems. What else should we cover? Email us at theupside@theguardian.com