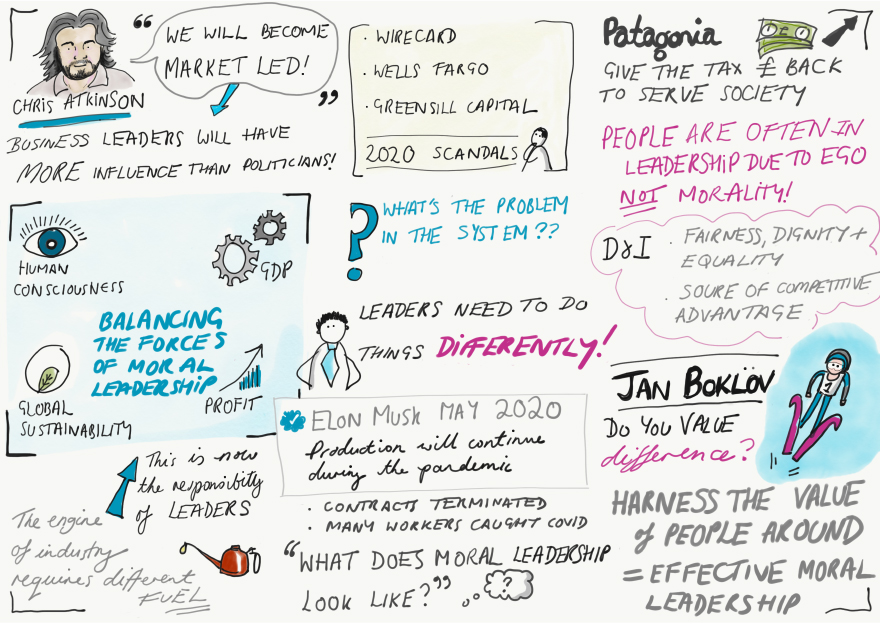 The fourth industrial revolution is led by organisations and technology not nations; It is driven by profit and efficiency not welfare and happiness.

Interestingly at the same time as this traditional capitalist view grows in strength we are seeing a rise in consciousness in the global population. Organisational profit and country GDP are NOT sufficient foundations for humanity’s future on this planet. The two forces of market success and human consciousness are often in conflict with each other and it appears, right now at least, that we CANNOT maximise both.

Moreover, if the world we are in (or moving towards) operates using the market model then the ‘leaders’ who will be responsible for balancing these two forces and leading us into the future successfully, will be business leaders and not politicians. The problem here is that business leaders may not have ever considered this responsibility, nor may they want it. Their role has always been to maximise the financial return for shareholders BUT suddenly now the fate of the world appears to rest in their hands!

What I have seen through my work, is an unwillingness in leaders to truly explore the need and have the urgency to fundamentally change their ways of working. Instead leaders cling on to their traditional ‘known’ approaches, trying ever harder to deliver the results demanded of them. This is an issue because as these approaches fail and their position becomes vulnerable, often out of fear or desperation they resort to unethical behaviour. Pride, ego or resistance to change prevents them from seeing and DOING what really needs to be done. We see examples of this in the business world with increasing frequency.  Now we are recognising similar behaviours from political leaders, trying to hang on to ways of leading that simply don’t work in the 21st century. These leaders are not yet at the level of consciousness required by the new landscape or equipped for the challenge of the fourth industrial revolution.

Christopher Atkinson
Chris is MD of Strategic Leadership UK as well as being an international business speaker and author. He combines a strong commercial approach with a deep understanding of human psychology. He has qualifications in the fields of psychology and counselling from the University of Bristol, UK. Starting his speaking career in 2001, Chris has now worked with diverse business sectors in over 22 countries worldwide with more than 43 different nationalities. He is renowned as a speaker, master trainer and facilitator who specialises in audience engagement, organisational culture and inspiring leadership. Chris has been featured on the front covers of international publications; Realizing Leadership Magazine and Switched On Leadership Magazine. He has also written numerous magazine articles with a readership covering the UK, Europe, North America and Australia. He is a visiting fellow of the business school of the University of South Wales.