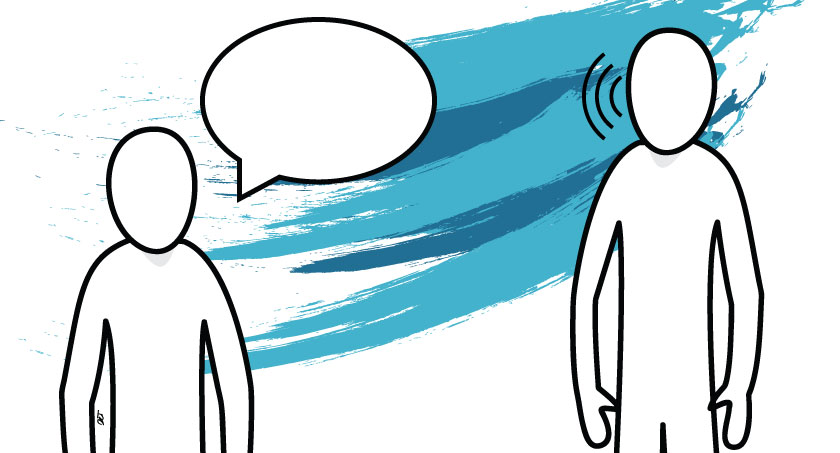 Conversations – The Crucial Factor of Success in Leadership

There is an invisible fabric that holds organisations and culture together, that is not taught overtly in any facets of our lives.  It has a significant bearing on the results we are able to achieve, the quality of our relationships, and even the quality of our lives. This invisible fabric is conversation and “who” and “how” we are being when we have conversations. Because we are not taught about this, and we acquire it by the assimilation of being human and living in language, there is scant attention given to learning about what we are doing when we have conversations, how to have effective conversations, what they produce in our lives, and the power they can have.  Certainly, there are book titles that speak about influence, achievement of goals, organisational effectiveness, and more, however conversation and its role in achieving the results we want is seldom at the heart of these books.

More and more is being said in modern day literature about having a quotient in relation to intelligence, emotions, resilience, interpersonal, intrapersonal, and even conversations.  I think it is fantastic that we are starting to wake up to the idea that there are multiple kinds of intelligence.  And taking it one step further perhaps, instead of labelling it a quotient, where you either have it or you don’t, a possibility is for us to engage in learning in these areas that fundamentally impact our relationships with others and the results we achieve.  In this instance let’s look at conversational learning.

A Case Study
A short detour to illustrate the point…. I worked with a client recently who majored in Actuarial Science and is considered smart and has been successful in his career to date.  So much so that he has been promoted to a leadership role with increasing levels of responsibility for people as well as more and more complex tasks and projects.  He came to me for coaching as part of a leadership development programme and was unclear on where he wanted to focus. During the course of our first coaching session, it emerged that a blind spot was his inability to see how conversations and building relationships with other people were going to be crucial to his ongoing growth, development and success.  He had learned tacitly that he had to do it all himself, and at a values level that he should only rely on himself, had to know everything, and not knowing was a sign of weakness.  I offered him the perspective that his role was no longer to be an expert, and rather that his single biggest purpose in the organisation was to have high quality conversations that allowed him to achieve results with and through others.  He immediately grasped the value in what I was saying and at the same time looked at me perplexed, not knowing how to translate this into action.  And so, our work began in earnest.

Conversations are the life blood of organisations
Going back to my initial statement about conversations, this client demonstrated that we are not shown the value and power of conversation and that it is indeed the work of managers and leaders.  He is not alone and this is an area of focus for many clients who hold senior roles in the corporate world.  While what I’m sharing may seem obvious, it also seems that it is invisible and something we are often blind to in organisational life and more broadly in relationships in general.

One important way to think about culture is that it is a network of conversations and that it is this that determines what does and doesn’t get done, as well as how people feel about the organisation.  Furthermore, a conversation is not just a conversation, but rather there are different types of conversations, some producing more value than others.  If you’ve ever walked out of a meeting asking yourself, what was the point of that, you know what I mean.

The other key piece in this is the ‘how’ of the conversation and what I mean by this is how the leader is being in the conversation.  As far as I know very little, if any, of this is overtly taught in schools, colleges and university, or even business schools.  And yet, conversations can be considered the life blood of any organisation.  Any HR person, and leader worth their salt, will tell you that without people, nothing happens.  Even with the advent of Artificial Intelligence, it was developed by people and requires ongoing involvement – for now at least – of human beings.

All these skills, I would stipulate can be seen in the way a leader has conversations with others, and are not discrete from conversations.  His or her ability to have conversations for clarity, possibility and action are critical, as well as conversations for appreciation, learning, performance, and making and managing commitments.  Each of these conversations have a specific purpose and while more than one of them can happen in a single meeting, paying attention to the kind of conversation that is required and being intentional about employing them, can yield exceptional results. On the other side of the coin, a leader who demonstrates these skills is unlikely to have a  lot of conversations about stories, opinions and generalised assessments that lead nowhere as well as engender distrust and a sense of pointlessness.  Those would be the conversations where you ask yourself what was the point, at best, and at worst how divisive and what a waste of time and energy.

Who the Leader is Being in the Conversation
As important as being intentional about the types of conversations we have and the leadership skill in navigating different conversation, who we are being in the conversation also matters a great deal.  Some would describe this as personality and others as character and I would say that our Way of Being which we can learn about and developed is the place to focus.  Our Way of Being can be viewed as three interrelated areas, namely, Language (which includes speaking and listening), Moods and Emotions, and our Physiology.  Paying attention and developing our awareness of these areas allows us to develop self-awareness and learn about ourselves, and in the process we can shift and expand our capacity for new and different action.  Let’s briefly look at these three areas:

Language
As well as using conversations more intentionally, if we can listen with more attention and ease, that can have a significant bearing on the quality of the conversation, and whether people feel they are respected and valued.  And then by using language more precisely we can make sure that there is a shared understanding of what is required in terms of tasks, we can manage commitments more efficiently and effectively, and we can co-ordinate action with each other, doing so in a way that harnesses everyone’s best efforts, and has them feel good in the process.

Emotions and Moods
Ever walked into a meeting with great ideas and a desire to share them, and realised that they wouldn’t be well received?  The likelihood is that you’ve ‘met’ a mood in the room.  Moods and emotions of leaders inform the tone of the workplace and the overriding mood informs directly what does or doesn’t get said, and what will or won’t happen.  Often we aren’t aware of our moods, although they are easily detectable to others, and shape the environment silently and surely.

Physiology and Body
And do you know leaders who light up a room?  Chances are they have developed what is often referred to as leadership presence.  Leadership presence is a felt sense and the role of the body and our physiology determines firstly how we feel about ourselves, and secondly how others experience us.  How we hold our body, our posture, muscle tension and breath, directly affects our perception and ignoring the role of the body in leadership is to ignore an important facet of leadership.  By paying attention to our body and making small and subtle changes in our physiology it can make a profound difference to how we perceive and are perceived, and what we are able to do as a result of those shifts.

Conclusion
Everything in organisations happens through conversations and as human beings we are conversational by nature.  Instead of engaging in large scale change that requires huge resources, financial and otherwise, a possibility is to learn more about the power of conversations and help leaders pay attention to their own Way of Being and how that can pay huge dividends in shifting cultures and achieving remarkable results.