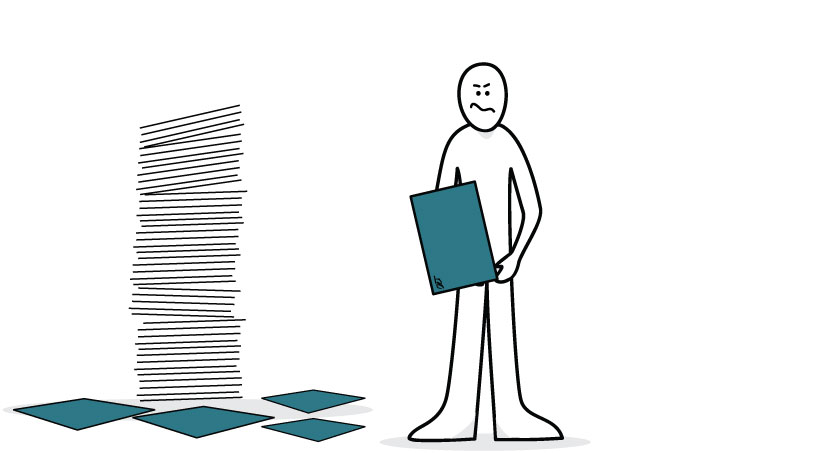 So, you’ve been working with the senior team in a large organisation. They have their vision. They have created their strategy. They are clear on their organisational values. They have even identified the key ‘enabler’ projects that are most likely to make the biggest improvements, in line with the strategy. The problem is that there are too many projects. Most executive and senior operational teams face a common dilemma. They are great at hitting targets and are hard workers, but they are really busy and they don’t have the time or resources to do everything. Yet everything is important. The word ‘prioritise’ features a lot in their conversations, but little gets agreed.

The problems they are experiencing are all too common. High-achieving leaders find it almost impossible to face up to the prospect that they might not have time to do everything; at some point something has to give, even if it is something important. Too frequently, the decision gets fudged or kicked down the road (‘Let’s leave it on the list and hand it to the Project Office to plan it in’, or ‘Can you just try to find time anyway?’, ‘Let’s leave it on the plan and see if we can squeeze some budget in Q4).

The other difficulty that the team encounters is that although they recognise the need to prioritise, and often have some handy techniques to do this, they aren’t articulating what the criteria are that they will use to actually prioritise the projects. They have some handy techniques (think X models), or they could actually use their organisation’s values, but somehow, they seem to get lost along the way.

We worked with a large organisation recently where the senior team was facing this problem. They had identified around 15 projects; all had their merits; each one was important and aligned to the strategy. But they did not have the resources to do them all in one year. Money and people resource were limited, so they had to make some tough choices.

We decided to take a different approach to help them. We had noted that over several meetings team members had been articulating things that were important to them. They used words like ‘impact’, ‘quick wins’, ‘visibility’ or ‘risk’. Many of these kinds of words cropped up spontaneously in various conversations. These are criteria – repeated words, that get marked out and that help to define what the team is paying attention to, however unconsciously, what is ‘on their radar’.

Normally in a prioritisation task we would ask team members to agree a set of criteria and then rank their projects to identify the most important. You can then divide them into ‘Musts’, ‘Shoulds’ ‘Coulds’ etc or any other sorting categories that would be useful. Instead, this time we took a more ‘bottom-up’ approach. We split the team into groups of 4-6 people, making sure that there was a mix of Exec and Senior Ops members on each table. We then handed them each the list of strategically important projects and simply told them that they had 10 minutes to identify their top 5 out of the 15 listed, rank them from 1 to 5 and be ready to explain their decision to their colleagues. How they went about the task and what they used to identify their top 5 projects would be entirely up to each table group. What happened was quite remarkable – despite the small groups working independently of each other, only 7 of the fifteen projects received votes and 4 of the seven were voted for unanimously. The level of agreement surprised us all.

I took this as evidence that the senior team actually have a strong sense of what is important; it’s just that it runs at a sub-conscious level, and is therefore, rarely articulated. The team was a mature team, full of subject-matter experts. They knew what the organisation required but were so used to doing it, that they just took it for granted.
We didn’t have time to unpack this fully, but if we had, I would have asked each team to declare what criteria they used to make their selections and to get some agreement to the key criteria that the organisation could use. I’d also want to sense-check the criteria against their organisational values, for example. But this approach can act as a nice test of what gets espoused in an organisation and what actually gets used.

But the biggest value is to be gained from the leadership team communicating these to the rest of the workforce. To me, this fits nicely with things like the waterline principle, and helping organisations become more adaptable and faster to respond.

Miles Peacock
Miles is a creative management trainer and coach, with a background of working in manufacturing and services sectors. Noted for creating learning environments, which offer support and challenge and an emphasis on fun, he is experienced in working with all levels of management. Miles has experience across a varied number of business sectors in both the design and delivery of high-level leadership and coaching contracts.

What Separates High-performing Teams From All The Rest?