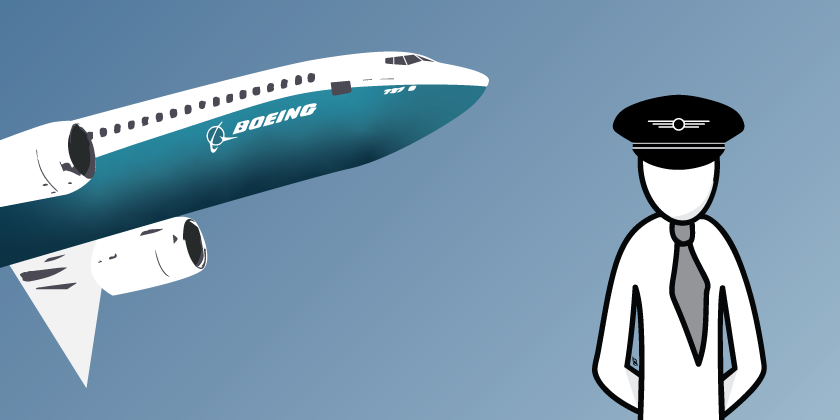 If You Think Leadership Doesn’t Matter, Look At Boeing

Last week, following the second fatal crash of one of its new 737 Max 8s in less than six months, Boeing Co. shares plummeted by 12 percent, destroying more than $28 billion in shareholder value. It was Boeing’s biggest loss since September 2001, when terrorists flew four of the company’s planes into the World Trade Center and Pentagon. In the dark days that followed, Boeing’s stock price fell to less than $28 a share from a monthly high of almost $52 as half its orders for new planes were cancelled or delayed.

But over the next five years, Boeing’s Commercial Airplanes Group soared back to record sales, revenue and earnings under the leadership of its new CEO Alan Mulally.

Mulally, who had led the development of the Boeing 777 — the company’s most profitable aircraft ever — was tapped to lead the group just a few months before the terrorist attacks. His unshakeable confidence, commitment to transparency, and insistence on teamwork carried the company through that crisis and the painful restructuring that followed.

Mulally relied on a powerful new management model to save Boeing: articulate a clear and compelling vision for the company, develop a comprehensive strategy to deliver on that vision, and execute on that through a relentless implementation process led by a team of talented people working together. By September 2006, Boeing was not only back, but it was also building the most revolutionary jet in a generation: the 787 “Dreamliner.” And its stock was trading for more than $80 a share.

But by mid-2009, the company was in trouble again. The 787 was behind schedule, and the company’s shares were trading below $40.

On September 5, 2006, I was a reporter covering Ford Motor Co. for The Detroit News. Late that afternoon, I received a call from the automaker’s head of communications informing me that Bill Ford was stepping down as CEO and turning the company over to Alan Mulally.

The news rocked the global automobile industry, which could not fathom why Ford would entrust the legendary Detroit company to an aerospace engineer from Seattle. But over the next few years, Mulally would save Ford, too — pulling the automaker back from the brink of bankruptcy even as its crosstown rivals careened over that precipice.

Against the backdrop of the worst economic crisis since the Great Depression, Mulally would lead a top-to-bottom transformation of Ford, transforming its lacklustre lineup into a stable full of award-winning and class-leading cars and trucks, achieving unprecedented economies of scale and negotiating a game-changing contract with the United Auto Workers union. He even managed to cure the company’s caustic corporate culture, at least for a time.

As General Motors and Chrysler were revived by a government bailout, Mulally went on national television and accepted responsibility for Ford’s problems, then vowed to fix them without the taxpayers’ help.

Mulally did that by using the same “Working Together” leadership model he’d developed at Boeing.

Meanwhile, Boeing’s problems mounted as Mulally’s successor dismantled his management systems, ruined the supplier relationships he had worked so hard to develop and cut costs and allowed corporate politics to reassert themselves. Soon, the 787 was not only behind schedule, but was also catching fire due to problems with its onboard batteries. Airlines, which during Mulally’s tenure had been fighting to be first in line for the new jets, now started cancelling their orders.

Boeing workers started an online petition to “Bring Back Mulally.”

Lessons Learned … Or Not

In 2012, I wrote American Icon: Alan Mulally and the Fight to Save Ford Motor Company. That December, I was invited to Ford’s annual holiday party for its top executives. There, the tables were turned on me and I was put in the unusual position of taking questions from the company’s leaders.

One asked what my advice for Ford was.

“Look at Boeing, and don’t stop looking at Boeing,” I said. “Because if you look at Boeing, you’ll see what happens when a company fails to internalise Alan’s teachings and abandons his ‘Working Together’ model.”

And just look at Boeing today.

“Boeing currently is flunking the ‘can-we-trust-you test,’ ” Sandra Sucher, professor of management practice at Harvard Business School, told NPR’s All Things Considered Wednesday. “The worst thing that they could do would be to maintain their insistence that this plane is safe to fly … I think they have to start with a clear statement that they take accountability for what happened.”

That sounds a lot like the sort of responsibility Mulally insisted that Ford take after the collapse of the American automobile industry. But I’m guessing that, if he had stayed at Boeing, there would be no need for such radical candour today.